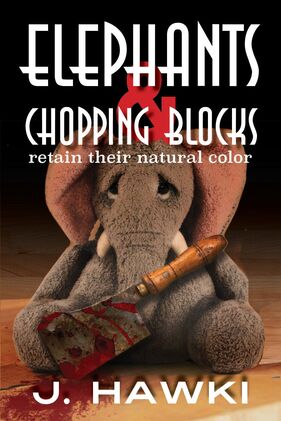 Forensic psychiatrist Kirsten Leone is on the hunt for an elusive serial killer--but as the murders grow more and more personal, the line blurs between hunter and prey.

Psychiatrist Kirsten Leone; a leading figure in her field is respected by colleagues and patients, but her personal life is in shambles. She's distracted by a tumultuous secret relationship she's unwilling to  share with her family, when she's drawn into an investigation after a series of gruesome murders stumps law enforcement agencies nationwide. Kirsten consults on the intense FBI investigation, hoping to lure out the methodical and manipulative killer. However, as her involvement  deepens, the killer begins targeting not only Kirsten, but her loved ones. The hunt tests her professional skills and the limits of her psyche, but it also raises a troubling question: What links Kirsten to the killer—and how much of herself is she willing to sacrifice to stop him?
Click To Order Elephants and Chopping Blocks Retain Their Natural Color and Catch an Elephant by the Tail 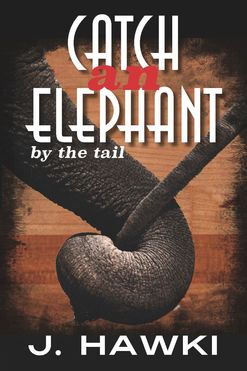 The sequel to Elephants and Chopping Blocks Retain Their Natural Color.

When her lover is abducted, psychiatrist Kirsten Leone descends into a hunt for her former mentor. What is his link to a group of relentless killers, and how far will she go to unmask him?

Relegated to civilian life following her work with the FBI, Kirsten's new romantic relationship with Agent Ken Wiley is in jeopardy.  As she eagerly awaits news of her former mentor, Malcolm Johns, regarding his role in a string of brutal killings, Ken is abducted; prompting Kirsten to initiate her own investigation over the objections of the new agent in charge. She travels South to revisit the places where everything began, and old friends point her toward startling revelations about the Tobias family and the origins of her former mentor. Now Kirsten must question everything about Malcolm—including her feelings for him.